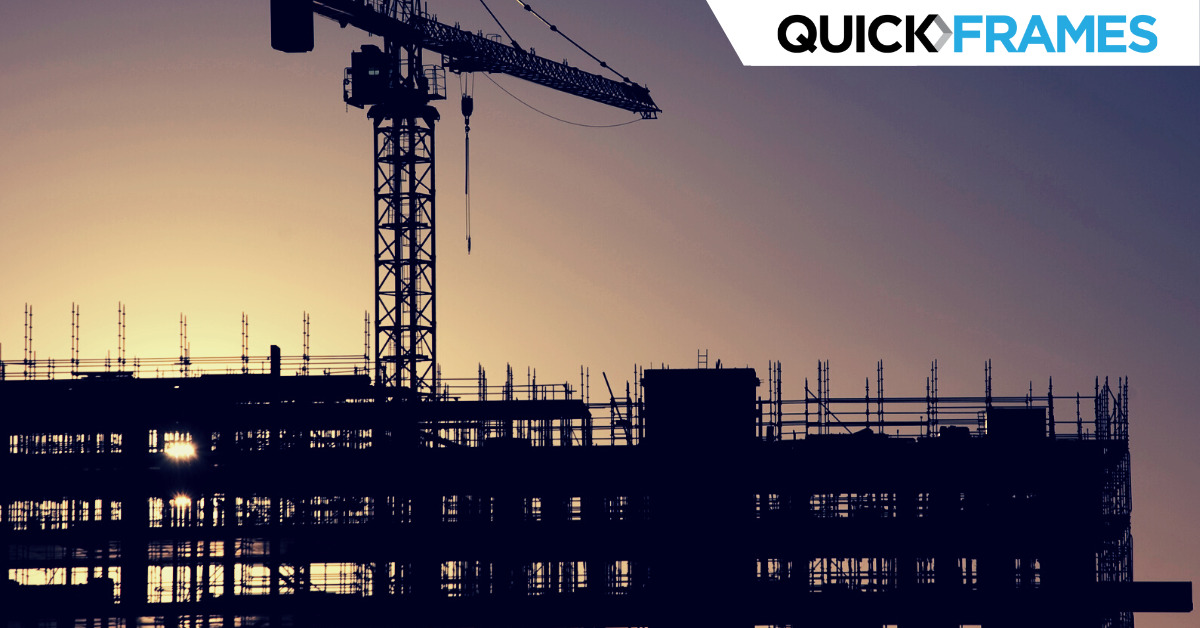 “The flexibility of these frames gave us the freedom to move and adjust them as necessary, which translated into enormous cost and time savings.”

One of the leading structural steel subcontractors in the Southwest had been using standard, welded-in angle iron roof frames on their job sites for decades. But when they were planning a project with 565 roof frames, they heard about QuickFrames’ bolt-on, adjustable structural frames and decided to give them a try.

Midway through the project, the team discovered a monumental problem: The skylights had been drawn incorrectly, so the orientation of the supporting roof frames had to be switched. In total, 376 skylights were drawn with the wrong orientation, along with 80 roof drains and rooftop units. This meant having to stop and start over.

If the fabrication company had used traditional, welded-in angle iron roof frames like they historically did, they would have had to cut out hundreds of frames or abandon them entirely. Instead, they were able to simply remove them and move them to their proper locations. By using QuickFrames, they experienced:
> $375,000+ savings
> More than 6 weeks of scheduling saved

“The speed saved the project,” said the fabrication company’s general manager. “We were anxious about trying something new, but we couldn’t be happier that we did. The flexibility of these frames gave us the freedom to move and adjust them as necessary, which translated into enormous cost and time savings.”

To get a quote for your next project, please visit www.quickframes.com/quote-request.

QuickFrames is a great product to use for the equipment curbs that we have on the job. They are easy to assemble, very versatile in sizing for whatever opening is needed. Attachment to the structure

I’ve had great service from QuickFrames. They have been able to help get me out of a pinch on a couple occasions. The frames are easy to install and are an exceptional choice for renovation

QuickFrames has exceeded my expectations. My experience starts with their representative Chase. He is great to work with and extremely responsive. Most importantly he does what he says he will do. QF is fantastic with

Easy to install frames and client was happy that no welding was involved.

Excellent sales customer service! The double check of my product selection by QF’s engineering team was an unexpected service as well. The quality of the product was great and it was easily installed.

QuickFrames is just that, quick, they are very helpful and know what they are doing, I have used them on many projects this past year and have always had a great experience.

We have installed hundreds of roof curbs and QuickFrames are by far the best support framing we have ever used. We had a project where welding support framing was not an option, our structural engineer

Quick, knowledgeable staff, product installed easily and was of superior quality. Would definitely use again.